This is one of the results of me mucking around with graphics a few years ago. I found it while attempting to file all the stuff lying around on my computer desktop. At the time I made it, I was obsessed with vintage Russian space designs. (Well, still am, really). 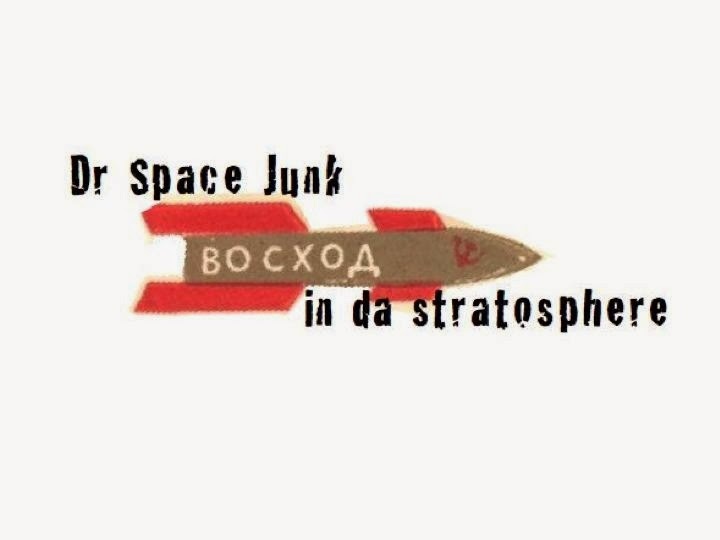 Since I'm looking at random stuff, which I'm going to call an assemblage in fact, in Spit 1 of my computer, I might put a couple more artefacts up here. (Spits, for the non-archaeologists, are arbitrary excavation units. They might be 5 or 10 cm depending on the kind of deposit you're digging through. Typically Spit 1 is where all the grass roots, worms, sticks, and discarded rubbish is).

Here's a fabulous paper by Mark Edmonds about the archaeology and heritage of the Jodrell Bank telescope in the UK: 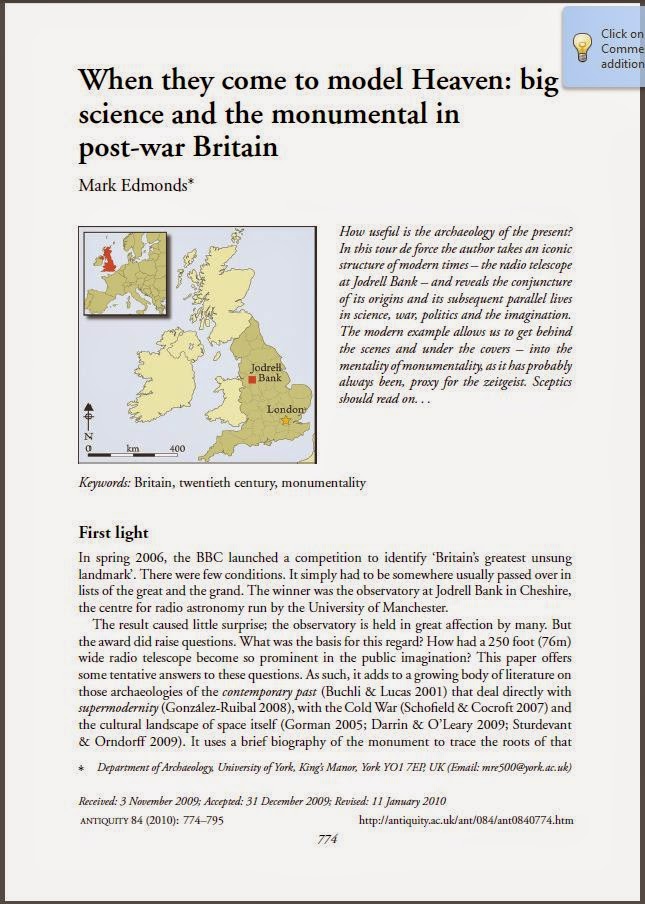 Full reference is
Edmonds, Mark 2010 When they come to model Heaven: big science and the monumental in post-war Britain. Antiquity 84:774-795

This is a picture of a cloud chamber. Cloud chambers are very exciting places where you can see the traces of sub-atomic particles like electrons. I think I was vaguely thinking of an archaeology of cloud chambers with some Schrodinger's cats thrown in for good measure. 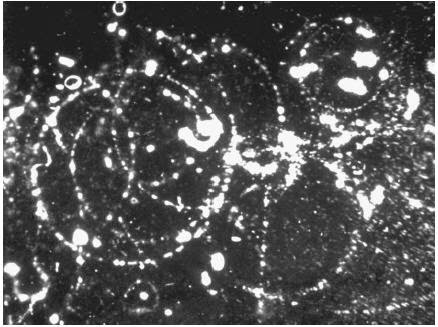 Here's the first few slides of a lecture on cultural landscapes I used to give to the ARCH2108 Cultural Heritage Management class at Flinders University. The lecture is joint effort between me and my esteemed colleague Dr Lynley Wallis. The beginning is about the origins of the cultural landscape approach in geography (although there is another strand deriving from landscape painting) - later on the lecture covers cultural landscapes in archaeology and heritage management, including space, of course. 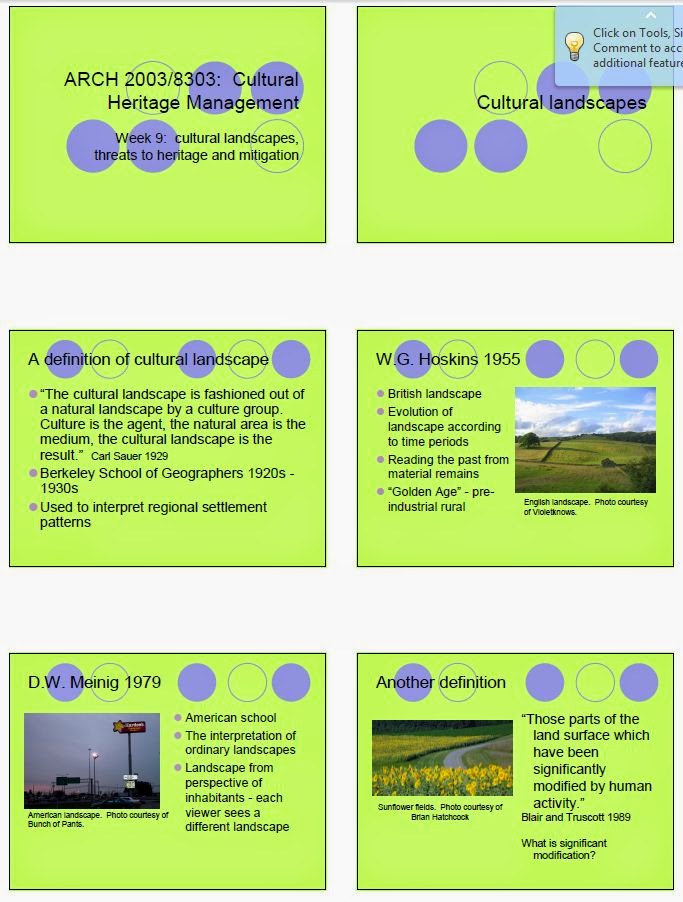 The final artefact from my desktop is an aerial image of the sewage works at the abandoned Orroral Valley NASA Tracking Station, from when we were doing a geophysical survey in 2010. Space sites can be more mundane than you might think. It was a rather peaceful place, slightly down slope and out of view from the main antenna and operations buildings. I thought that if anyone adaptively reused the site the tanks would make lovely water gardens. 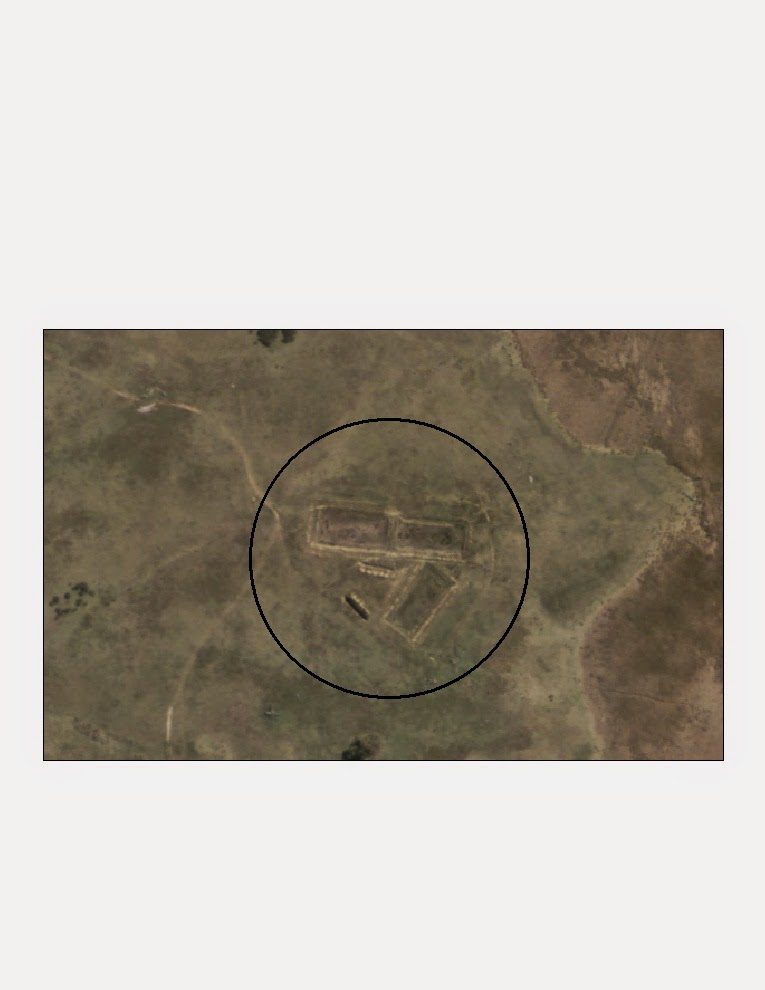