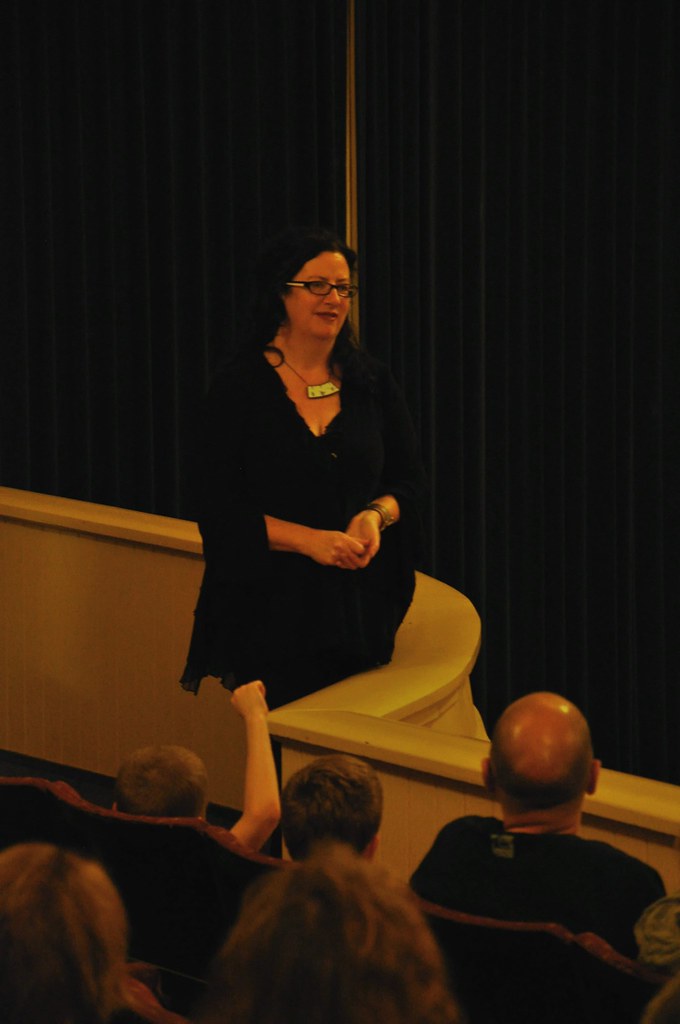 In this picture I'm wearing one of my favourite pieces of jewellery, a pendant made from a NASA Goddard commemorative plate with spacecraft around the circumference. One of them is an Orbiting Solar Observatory, a satellite series I am quite interested in as it was tracked by Orroral Valley.

I'm actually standing on the balcony at the Camperdown cinema (Vic), a beautiful old heritage-listed building, where I was about to give a talk to introduce a screening of In the Shadow of the Moon. This was in 2008, I think. I had a fabulous time with the Corangamite Film Society and RiAus.