How I became a space archaeologist Part II

For long-time readers, I'm going to take up the story where I left it in How I became a space archaeologist. As you recall, I was working in Queensland when the idea of investigating the archaeology and heritage of orbital debris came to me one night while on my verandah looking up at the stars. Later that year (2002), I finished the contract I was working on and took up a position as Senior Conservation Officer in the Heritage Branch of the Environmental Protection Agency in the Central Queensland town of Rockhampton. After work and on weekends, I'd sit at my tiny desk with a dial-up connection and surf the web to learn about space. I made tables of spacecraft and launch dates; I read histories of space programs and trawled through sites like Encyclopedia Astronautica. And I became aware, for the first time, that Australia had a rich and diverse space history of its own. I was astonished by how little I knew of events that took place during my childhood.

In these early days, despite my lack of knowledge, themes that have since become dominant in my work started to emerge. Vanguard 1 and the Woomera launch site in South Australia quickly became part of my research pantheon. As my background was Aboriginal archaeology, it was hard not to also look at how Woomera had impacted on the lives of Aboriginal people. I thought about what it was that an archaeological approach could bring to the study of space exploration, and I thought about how you would apply Burra Charter principles to stuff in space, answering the question I had first posed myself back on the verandah of my Queenslander.

December approached: the month in which the big annual Australian Archaeological Association conference took place. I think it was in Townsville that year, and I had funding from the EPA to attend. The conference was a turning point. One of my cousins, Anna Morgan, was there. She made an important introduction. She had studied archaeology at James Cook University with Professor John Campbell. In his classes, she said, he had talked about doing archaeology in space.

What an amazing coincidence! But more was to come. When I sat down with John and talked about what I wanted to do, he informed me that there was a third person who was interested in space archaeology: Beth Laura O'Leary from New Mexico State University. Suddenly I had colleagues! And John was involved in organising a session at the 5th World Archaeological Congress in Washington DC the following year. Would I like to present a paper in it? he asked me.

It seemed the timing was right. I had about five months to prepare: to make my thoughts and ideas coalesce into something concrete enough to present, and to get enough money together for an overseas trip.

And so I continued to spend my weekends at the tiny desk, reading and thinking, and also learning how to use powerpoint. I don't think I had ever used it before this; the pictures I used for my PhD presentations were on overheads and slides. Soon it seemed that one paper wasn't going to be enough to contain all that I wanted to talk about, and I sent two abstracts in. One was about general themes for space archaeology; and the other - I think, I will have to try and find it, was about orbital debris. Both abstracts were accepted.

Now a more serious issue raised its head. Already, I was struggling to access the information I needed with the current incarnation of the World Wide Web, and in the library of Central Queensland University. I was doing this in my spare time, and it wasn't easy to negotiate leave to attend conferences that weren't strictly work-related. I would be taking leave to attend the World Archaeological Congress in April 2003. When I returned, everything would be the same. Was I serious about this research? I searched my soul and decided that I had never been more serious about anything in my life. So if this was the case, I had to accept that living in Central Queensland and working at an unrelated job was not going to further my research. I was going to have to leave.

This was a tough realisation, because I loved my life at that point. Working at the EPA was great; I had excellent colleagues, and I enjoyed the pace of the public service. I loved living in the beautiful coastal town of Yeppoon. I was presenting a world music show on the local community radio station, Radio NAG, and my radio friends were a delight and joy. Every now and then I would escape to Brisbane for a touch of city life. It was all pretty excellent.

But to make my vision of space archaeology happen, I would have to quit my job, leave Yeppoon, and take a leap into the unknown.

So I did. I submitted my resignation, effective from the end of March 2003. I packed up my house and put everything into storage, keeping only one suitcase, my laptop, and some books and papers. I booked my flights to Washington. I registered for the World Archaeological Congress. I worked on the two presentations. I thought about the future endlessly, and I tried not to think about the future.

For some reason, I don't really remember why now, I had decided some media around my papers would be a good idea. One of the journalists at the University of New England (where I was an adjunct) helped me put together a media release. It seemed to strike a chord. With only a few days before I left, the phone ran hot. I think I did around seven radio interviews on my mobile in just one day while I was running around like a headless chook trying to tie up all the loose ends.

Finally all was done. Almost everything I owned was in storage, and it would be seven years before I was able to retrieve it. The house had been cleaned and inspected. I'd had my last day at work, and a farewell party in Rockhampton at my friend Marianne's house. It was time to go.

If you live in Perth, and you love space, you're in luck. The Space Industry Association of Australia (in cooperation with CSIRO Australian Resources Research Centre), is holding its next forum in your beautiful city.

The website has more information about how to get there, parking, etc. The event is free, but you do have the register.

So get behind Australian space, WA, and get over to the ARRC in May! Tell 'em Dr Space Junk says hi! 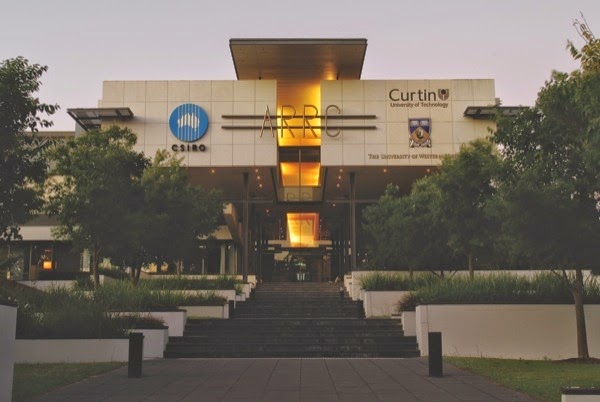