Now, absurdly, I feel I have to prove to Greg Egan that I'm not bored by relativity. I offer the following slides from The gravity of archaeology, 2007, AAA/ASHA/AIMA conference. 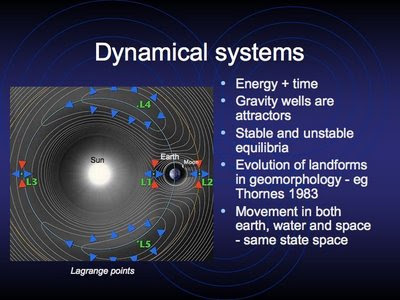 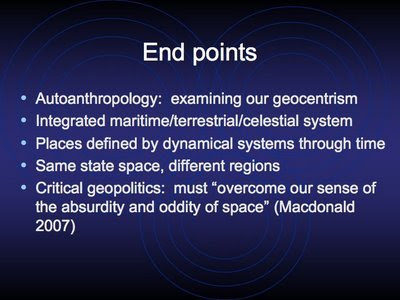 I have to write a review of Greg Egan's new book Incandescence for the Australian Book Review. While I love Greg Egan to bits (Schild's Ladder would make it into my top 20 or possibly even 10 greatest ever reads across all genres), I have to say I didn't actually like Incandescence a terrible lot. I got bored with the physics (usually Egan's strong point; it's amazing when someone can make you feel like you are perceiving the world in five dimensions just using words) and I didn't give a rat's about the characters.

So I will have to write a critical review, and then Greg Egan will read it because it's in the ABR, and then he will hate me. This is a terrible dilemma.

Posted by Dr Space Junk at 10:54 am 2 comments:
Email ThisBlogThis!Share to TwitterShare to FacebookShare to Pinterest
Labels: Science fiction, Space and popular culture

When the British Government starts building a rocket range in the Uist islands, the locals register their opposition in numerous ways, including destroying equipment and painting seagulls pink (rockets, protests, etc, just like Woomera and Kourou ....). And, of course, construction disturbs some archaeological sites:

Those who had accused the Government of a piece of hasty and ill-considered vandalism must have wished that they had kept silent when they heard of the praiseworthy assistance afforded to the Ancient Monuments Department of the Ministry of Works by the Air Ministry. As a result numerous wheelhouses dating to the Iron Age in the first centuries of the Christian Era have been excavated, and also a Viking long house of the tenth century. It is hoped that some of these may be preserved, but should necessity dictate that launching-sites for guided missiles require their destruction, archaeologists will have the gratification of knowing through photographs more about these remains of former inhabitants of the three Uists than they would otherwise have done because the requisite funds for excavation had not hitherto been available.

As a read the book was rather unentertaining, but there are lots of wonderful quotes and it picks up on many of the themes I have been writing about.