Historic images of the Earth from space - how the view from the Tesla Roadster compares.

On February 6th 2018, Elon Musk launched his own personal midnight cherry Tesla Roadster into space on a test Falcon Heavy rocket. The car went sailing away from Earth with a mannequin in a spacesuit, a copy of Isaac Asimov's Foundation series on a disc, a Hitchhiker's Guide the the Galaxy Don't Panic sign, and a plaque engraved with 6000 names of SpaceX employees. There may have been some other things, but finding a reliable source is harder than you'd think.

Now that the dust is starting to settle, I want to think about something else - some of the iconic, world-changing images of the Earth from outside, and the addition of this new one seen from the front seat of a car. 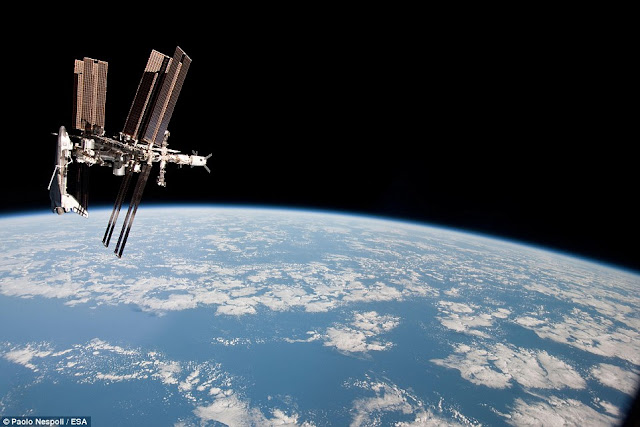 This is something that I'll have to think a lot more about, but here are a few initial impressions.

Early conceptualisations of what the Earth looked like from outside tended to be greyscale: it was assumed that the blue sky would only appear so from the surface of the Earth (due to Rayleigh scattering). The blueness of the Earth was a surprise that came with the first human spaceflight missions. It was translated into the blue marble, and the pale blue dot, in a colour scheme including white, black, and muted tones.

Another factor is the presence or absence of the photographer. In the Apollo 8 and 17 images, there's no hint of them. Their absence accentuates a separation of the natural and cultural, setting the human observers apart from the world they're capturing on film. In the case of the whole ISS, the image is taken by a service vessel approaching or departing. We still don't see the photographer.

So many images of the ISS show the space station in relation to the partially curved Earth. Space is closer to us, with people living just a few hundred kilometres above our heads. Then we get the astronaut's eye view, as if we are telepresencing from inside their bodies. These shots are often taken from the Cupola, and often there are people in them. It's a more intimate relationship to the Earth, but it's always looking down. We have a more integrated view of the interconnectedness of Earth and space.

So what about the Tesla Roadster? The addition of the red colour against the blue and white is striking. The effect is almost cartoon-like.

The other big contrast is how dominant the human presence is - and it's not even human! The Earth is only a backdrop: we're meant to focus on the car in the foreground. I don't know where the camera filming was (this is a still from the video), but we have both a hidden observer and a portrait of the Starman. (We can't see the rocket body which is apparently still attached).

While the other images are related to sensibilities of the Earth's fragility, environmental awareness, the erasure of national borders and the insignificance of Earthly conflicts and struggles (aspects of the Overview Effect), I don't think this is what is going on here.

The faceless driver is not even looking at the Earth. They're focused on leaving.

I think this is a radical paradigm shift. I don't fully understand what it means yet, but I'm pretty sure others are going to start analysing this as we get further away from the event. 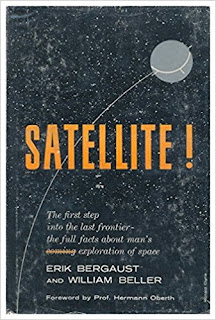