Voyage to Venus: an archaeological survey of the Venusian surface

Introductory note
This was written as part of a book chapter, but as it developed Venus became increasingly irrelevant, so I took it out. I've been meaning to do something with it ever since. Posting it here might remind me!

Our tropical twin sister
Although Venus is a close neighbour, and had been the subject of speculation and study since ancient times, very little was known about it in the late 1950s due to the impenetrable cloud layers above the surface (Burgess 1985:8-9). Exploring Venus would be a scientific first as it was considered to be critical in understanding the evolution of the Earth (Dorfman and Meredith 1980:773). Our “twin sister” (Marchal 1983:269) had similar mass, gravity and volume.  Before the first missions, Venus also held the promise of life ….

Sapphires, diamonds and Daleks
The earliest missions were flybys. Venera 1 (USSR), launched 1961, failed to return data and entered a heliocentric orbit. In 1962, the US Mariner 2 flyby of Venus discovered that the surface temperature was likely around 430° C (Burgess 1985:2).  Venera 2, launched in 1965, also failed.

Venera 3 was a landing mission: the spacecraft crashed on the surface but also did not return data (Burgess 1985:22; Figure 1).  Venera 4, which reached Venus in 1967, was the largest interplanetary spacecraft yet launched at 1100 kg (Burgess 1985:22).  It had a more sophisticated heat shield, developed from experience with re-entry studies on ICBM warheads (Burgess 1985:38).  Venera 5 and Venera 6 (1969; Figure 5) were even heavier, and designed to resist up to 27 atmospheres (atm): but it seemed that the Soviet designers were reluctant to accept the estimation of a surface pressure of around 100 atm.  Both spacecraft were crushed before they reached the ground (Burgess 1985:40).

Venera 7, in 1970, was the first to land intact and return data from the surface (Basilevsky et al 2007:2097).  This time the landing capsule was designed to resist 180 atm, had stronger insulation and a titanium pressure sphere core (Pauken et al 2006:2).  Finally, the surface temperature and pressure were confirmed, and Venera 8, launched 1972, was designed to withstand only 105 atm (Burgess 1985:43).

Veneras 9 and 10, in 1975, were redesigned with a circular ring shock absorber.  They returned the first pictures of the surface.  In these extraordinary images, we see a field of flat rocks, with curve of the shock absorber visible on the lower edge.  The perspective, as if a person is looking down on their feet, gives the photographs a personal feeling.  The Veneras, in appearance, are not unlike the cyborg Daleks:  they almost seem as if they could start moving of their own volition, uttering some staccato imperative (Figure 2).  The images give a sense of the spacecraft orphaned on a strange planet.

Pioneer Venus has been the only US program to place material on the surface of Venus.  Arriving at Venus in 1978, a bus delivered one large (called Large), and three small probes to the surface:  the engagingly named North, Day and Night for their proposed destinations.  The large probe was 1.5 m in diameter; the three small ones were 0.8 m.  Each had a payload of scientific instruments.

The spacecraft were designed and developed by the Hughes Aircraft Company.  The large probe was a pressure vessel module 73 cm in diameter and a deceleration module weighing 317 kg.  The heat shield was carbon phenolic with aluminium and fibreglass fittings. The pressure module containing the instrumentation was a titanium shell with ports and four sapphire and one diamond window for the instruments.  Internal shelves were made of beryllium (Dorfman and Meredith 1980).  The small probes were also titanium pressure modules with carbon phenolic heat shields, internal beryllium shelves and two diamond windows each.  The Large probe jettisoned its heat shield on the way down to the surface; the small probes retained theirs (Burgess 1985:82).

The last human artefacts to land on Venus were the Vega 1 and Vega 2 probes, released by rockets on their way to a rendezvous with Halley’s Comet.  They were essentially developments on the basic Venera lander type. Launched in 1984, both Vegas successfully landed on Venus in 1985 and returned data.  All subsequent missions have been flybys or orbiters.  Table 1 shows the all the Venus missions which have left material on the surface of Venus.

Archaeological sites of the future
The data returned by the Venera, Pioneer Venus and other missions revealed a fierce environment with the most corrosive upper atmosphere in the solar system: Venus’ yellow clouds are concentrated sulphuric acid (Reddy and Walz-Chojnacki 2002:36-37). On the surface, pressure from the predominantly CO2 atmosphere is 90 times that on Earth; Veneras 3-6 were crushed as they descended through the atmosphere.  The surface temperature is 430° C (740 K), above the melting points of lead, tin and zinc.  In such conditions, is it possible that the landers and probes have survived?

There is no evidence of plate tectonics and only “modest” evidence of geological activity on Venus (Jones 2007:169).  Erosion processes are slow, as there is no water, and surface winds move at human walking pace (Saunders 1999:100, 108, Jones 2007:343).  While the winds can move sand and dust, “the slow speed makes the particles ineffective as cutting tools and agents of erosion (Saunders 1999:108), so much so that craters a few million years in age appear fresh (Jones 2007: 275, Saunders 1999:100).  There is also little danger from the upper atmosphere.  The cloud layers start at around 45 km from the surface.  Droplets of sulphuric acid do leak downwards, but evaporate as the temperature rises towards the surface – they do not survive below about 25 km (Jones 2007:342).  Being on the surface would be like immersion in a hot dry ocean with slow currents of air (Burgess 1985:132).  There is no reason why archaeologists of the future should not find the Veneras, the Vegas, and the Large, North, Day and Night probes exactly where they landed, the diamond and sapphire eyes gazing sightlessly at the dull brown terrain (Figure 3).

The Venera and Vega spacecraft can be seen as representing the Cold War battle to imprint space with ideology (Gorman and O’Leary 2007).  Burgess even conceptualised the Veneras as “Red flags on Venus”, and each Venera mission carried Soviet emblems to commemorate the landing (Burgess 1985:35-36).  But they are much more than that.

The spacecraft also represent an evolution and adaptation to increasingly more accurate information about the nature of the “errant twin”:  each set of returned data enabled the design of spacecraft more suited to surviving Venusian conditions.  Like the early Cold War launch sites, and the cloud of orbital debris surrounding the Earth, they have made Venus a cultural landscape where the interaction of the environment and human material culture have formed a new entity. 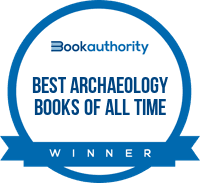